Somehow I managed to capture a series of clips of my daughter and her friends playing the week before summer started. On the spot, they came up with this elaborate education for me about what it means to be a witch and how to train. It was so much fun and they kept asking if I was going to make a movie about them. So I did. 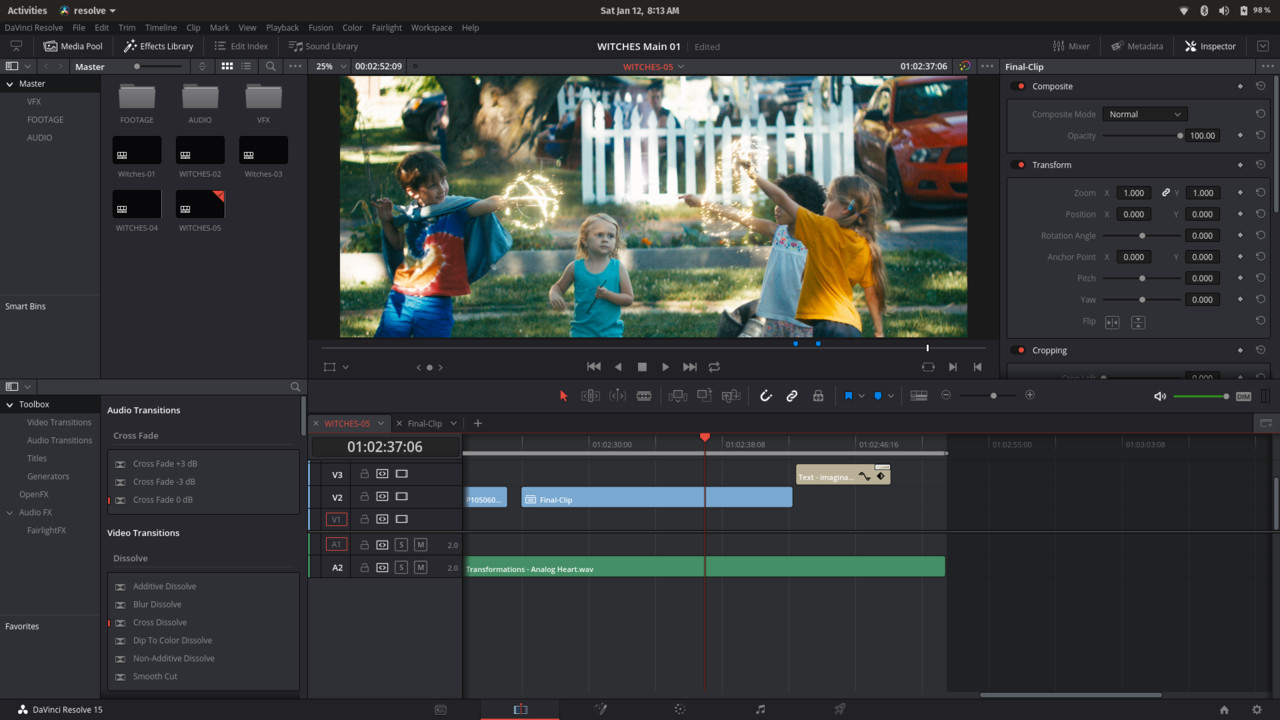 I used DaVinci to grade and edit everything, its such a beast of a program. Using the keying system, I also produced a bunch of garbage mattes for the kids (in addition to traditional rotoscoping). 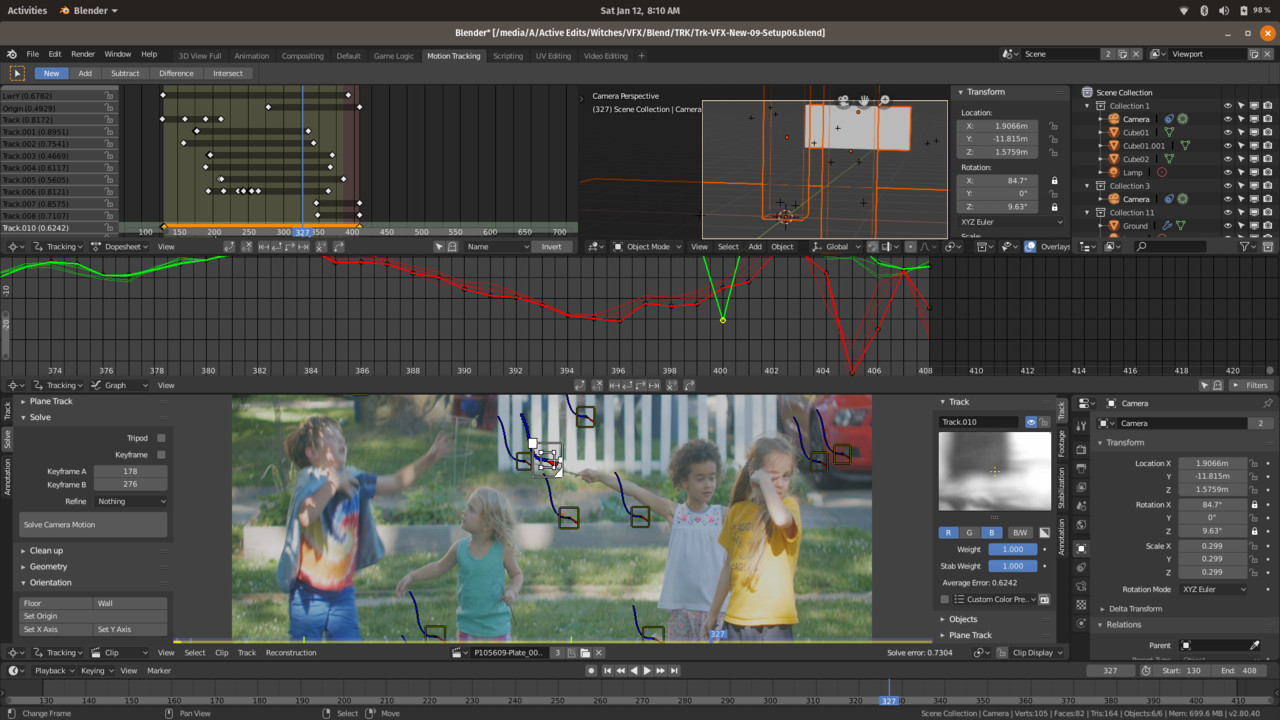 After I got the footage edited with a story in mind,  I thought it would be fun to track everything in Blender and turn it into a VFX exercise. 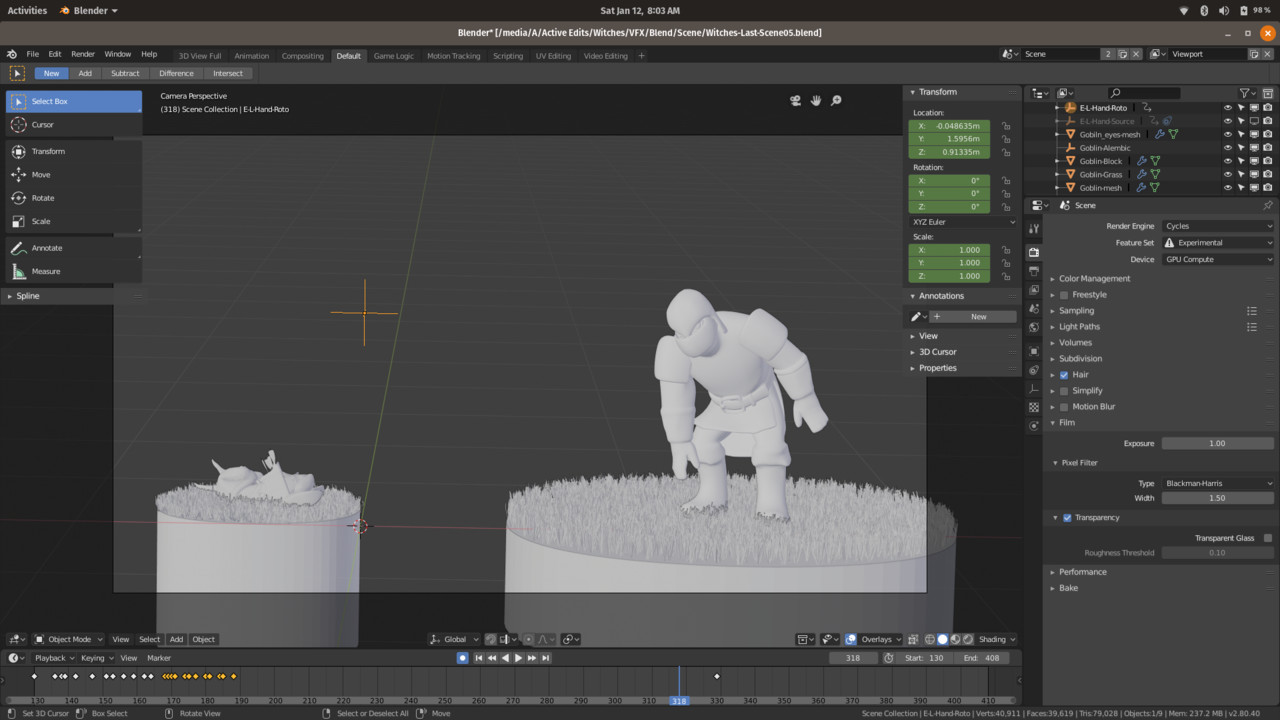 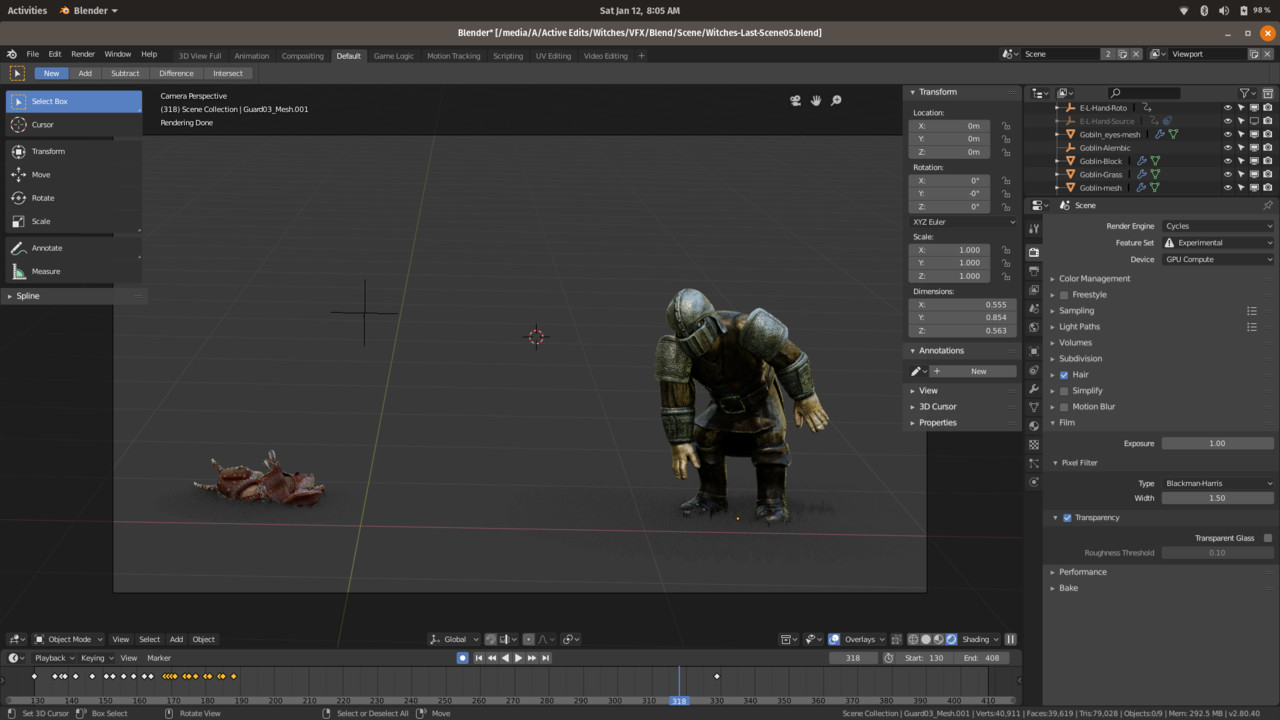 After I tracked the footage, some characters from Mixamo were placed with grass particles in Blender. 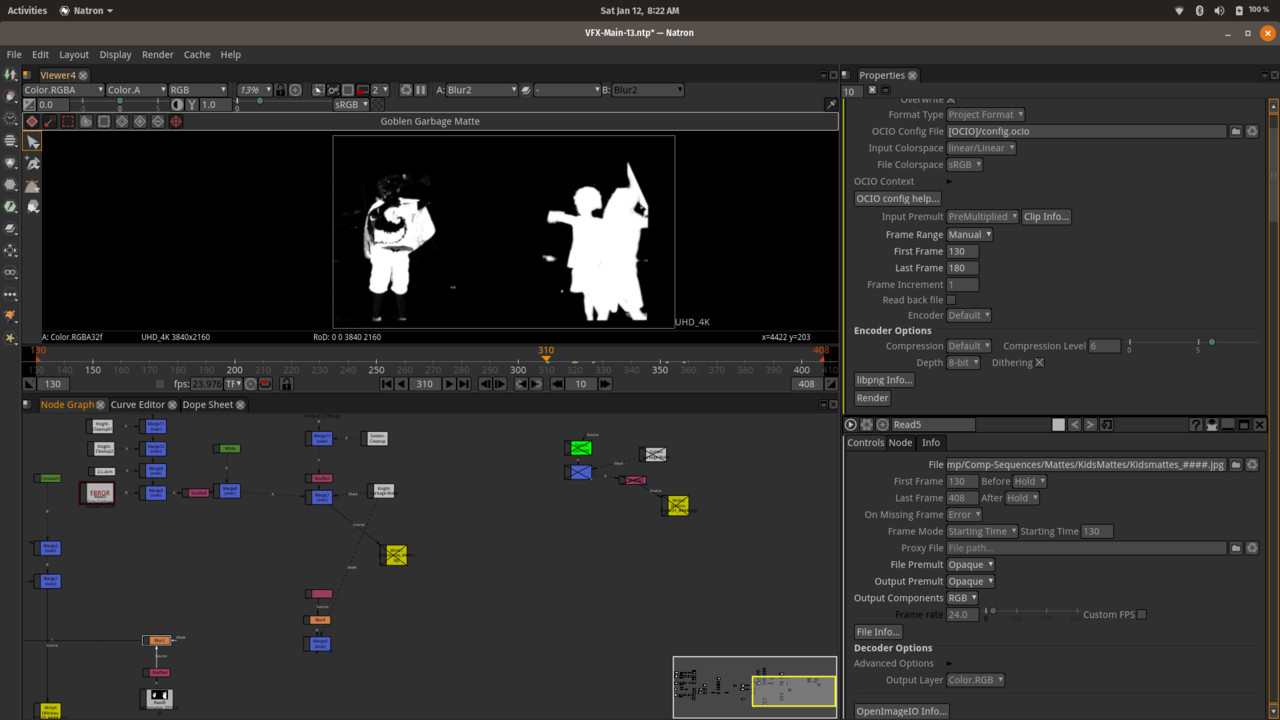 I brought the Renders and some garbage mattes (generated from the grass in the plate) into Natron. 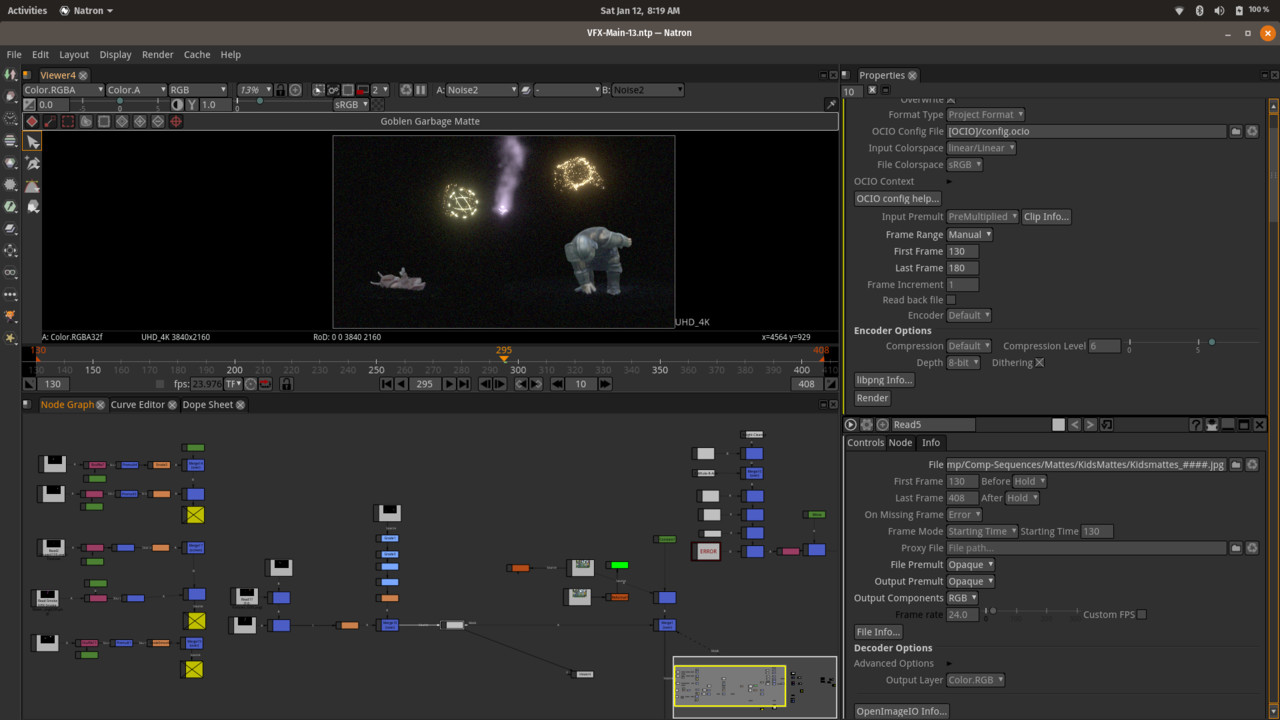 With these pieces, I managed to add some glows, grain, etc. 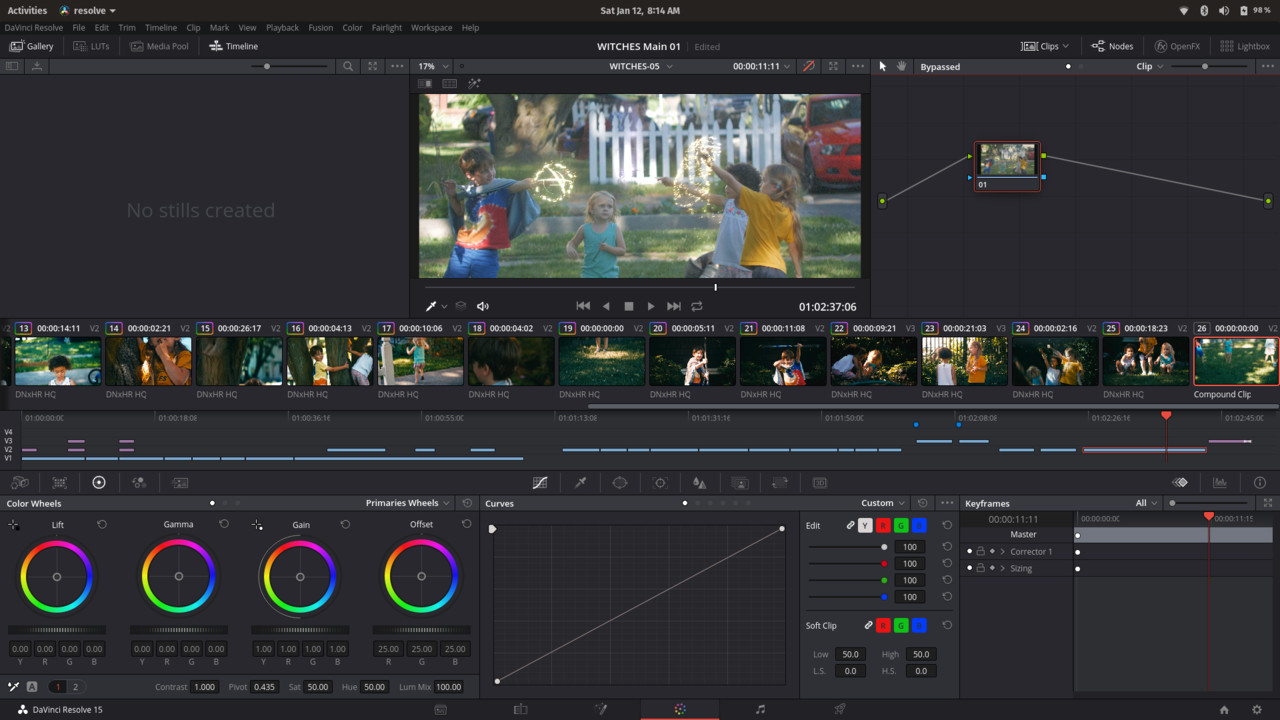 I treated all of the vfx to the ungraded footage and then applied a final grade in DaVinci. Not sure that's how the pros do it, but it felt right :)

NOTE: I'm running on a medium powered Linux laptop. These software and tools, Blender, Natron and Resolve rocked my socks off, with their reliability and robustness. And the GPU rendering capabilities of Cycles--whoa! Add to that the Render Street Service and I was access to things I never thought possible. It was a great humbling experience. Dream Big. Swing Big.